Girls are typically cut anytime between birth and 15 years of age, but the practice may happen in adulthood as well.”1 FGM/C is practiced predominantly in Africa and in some pockets of Asia, the Middle East, and Latin America.1,2 In these countries, both traditional practitioners and birth attendants, as well as professional health care providers, perform the cutting.3,4

FGM/C is a cultural practice that predates Abrahamic religions, although some proponents claim it is rooted in religion.2 Different cultures use different words to describe the procedure. This toolkit only utilizes the term "female genital mutilation/cutting" rather than other terminology.

The World Health Organization classifies FGM/C into four types, all of which are harmful for women and girls.1

Trigger warning: When clicking below, illustrations of the 4 types of FGM/C will appear and may be emotionally difficult for some people. Please take care when viewing.

Illustration of the 4 types of FGM/C

Type 1:  Clitoridectomy refers to the partial or total removal of the clitoris and/or the prepuce.

Type 2:  Excision is when the clitoris and/or the labia minora are removed.

Type 3:  Infibulation occurs when the vaginal opening is sealed by cutting and repositioning the labia minora and/or the labia majora, with or without the excision of the clitoris. 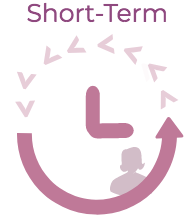 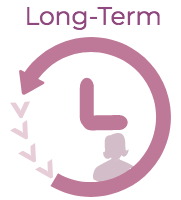 Why does FGM/C continue?

There are many reasons that FGM/C continues to happen around the world, though it is often a result of deep gender inequity.1,15 Unfortunately, in some communities, females who have not undergone FGM/C may face harassment or rejection for acting against their culture.15

Some beliefs, whether accurate or not, used to uphold the practice are rooted in culture:

To read more about FGM/C and its connection to religion, visit our Faith Leader Toolkit here.

Prevalence of FGM/C in the U.S.

The Centers for Disease Control and Prevention estimates that over 500,000 women and girls are either at risk or have experienced FGM/C here in the U.S.17,18  Specifically, the D.C.- Maryland- Virginia (DMV) metropolitan area is estimated to have the second highest number of women (51,411), which is almost equal to 10% of women who are at risk or have experienced FGM/C across the U.S.19

It is a federal crime to practice FGM/C in the US or to transport a minor to a foreign country for FGM/C (e.g. vacation cutting). While there has been a federal law in place since 1996 criminalizing FGM/C, as of January 5, 2021 this law has now been replaced by an updated version, after the passage of the STOP FGM Act 2020 (HR 6100).20,21 This new law further strengthens protections for women and girls. Some states also have more specific laws against FGM/C, with others like D.C. having proposed legislation in progress.22 To read more about FGM/C laws for each state in the U.S., visit Equality Now.

Download our informational factsheet for a general overview of FGM/C in the U.S.